“No society can surely be flourishing and happy of which by far the greater part of the numbers are poor and miserable.”
Adam Smith 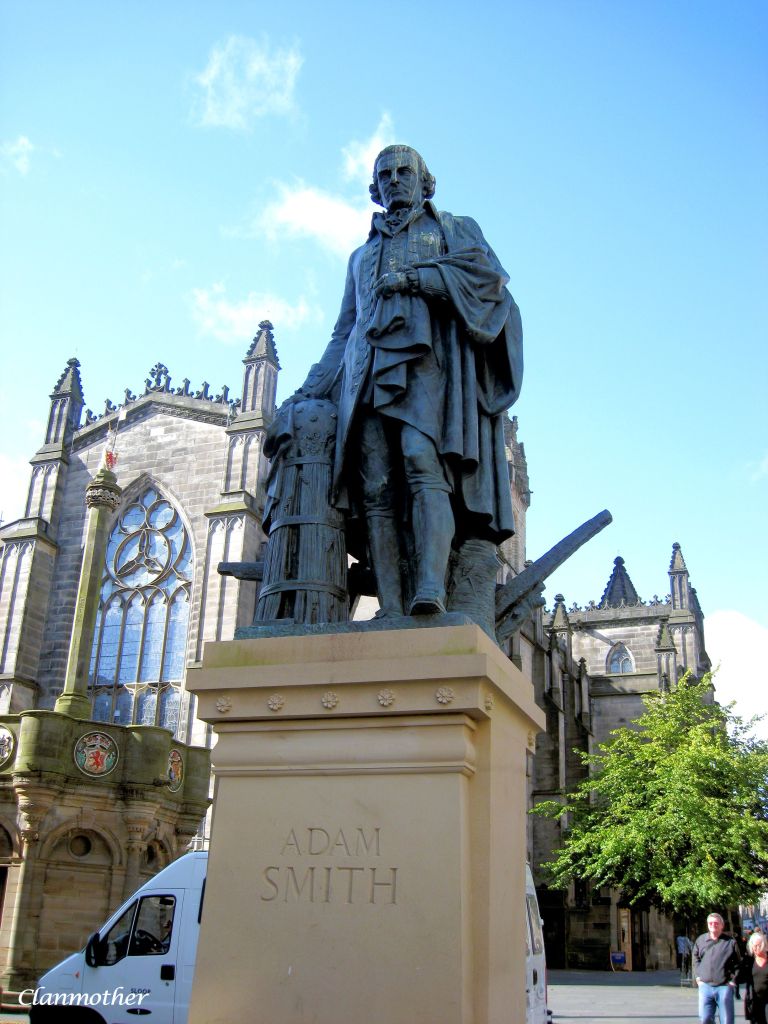 Adam Smith, born 1723 in Kirkcaldy, Scotland, was destined to write the book that would be considered the first fundamental work of classical economics and one of the most influential books ever written. I confess that I had a vague idea of who he was but paid little attention until I decided to take an economics course.  Adam Smith was the name that came up on the first day of class.

Adam Smith’s ideas were as revolutionary as the age in which he lived. It was the time of the Scottish Enlightenment when the Scots were among the most literate citizens in Europe boasting an estimated 75% level of literacy.   Over a nine year period, he worked tirelessly on his book, “An Inquiry into the Nature and Causes of the Wealth of Nations (usually shortened to The Wealth of Nations),  which was published in 1776, the year the United States adopted the Declaration of Independence.

Adam Smith is best known for his one phrase – “the invisible hand,” which signifies that self-interest guides the most efficient and effective use of resources in any economy.  He argued that each of us tries to gain wealth, but we must exchange what we own or produced with others who sufficiently value what we have to offer.  Hence, by division of labour and a free market, the public interests are rewarded.

Adam Smith has been given the well deserved title “Father of Economics.” He once said that “Wherever there is great property, there is great inequality.”  His understanding of economy was framed by his profound belief in the value of individual effort.

“… the typical worker who through the whole of his life…pursues the idea of a certain artificial and elegant repose which he may never arrive at, for which he sacrifices a real tranquility…It is this deception which rouses and keeps in continual motion the industry of mankind.”
Adam Smith