“My garden is my most beautiful masterpiece”
Claude Monet

The Seine, rising from Source-Seine, 30 kilometres northwest of Dijon in north-eastern France, is one of the most important waterways within the Paris Basin.  It flows 776 kilometres to the English Channel at Le Havre.  The city of Paris boasts 37 bridges that span the Seine, including the celebrated Pont Louis-Philippe and the ancient Pont Neuf. Outside Paris, the Pont de Normandie, one of the longest cable-stayed bridges, links Le Havre to Honfleur, known for a picturesque port beloved by the Impressionist painters: Gustave Courbet, Eugène Boudin, Claude Monet and Johan Jongkind.

Claude Monet chose the village of Giverny, which is positioned on the right bank of the River Seine where the river Epte meets the Seine, to create his most beautiful masterpiece. The sighting occurred quite by happenstance when Monet looked out a train window on a trip between Vernon and Gasny. It was April 1883, the time of rebirth and transition.  It had been four years since the passing of his young wife, Camille who has succumbed to tuberculosis, September 1879 at the age of thirty-two.  Grief stricken, Monet turned to his art for consolation.  From the vantage point of a train, he knew, at first glance, where he would live and paint for the rest of his life.  He created his dreams and gave us the vision of beauty that came from a garden by the River Seine. 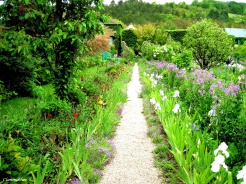 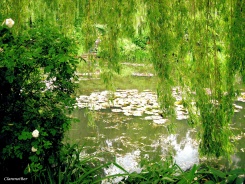 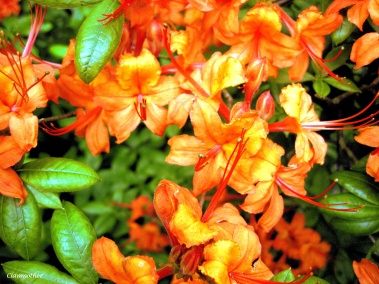 “Art is a kind of innate drive that seizes a human being and makes him its instrument. To perform this difficult office it is sometimes necessary for him to sacrifice happiness and everything that makes life worth living for the ordinary human being.” Carl Gustav Jung. #art #sacrifice #humanity #stories
“Have enough courage to trust love one more time and always one more time.”
Thank you for sharing my moment of Zen. Winter is slipping by and Spring is close by, waiting for the earth to awake. I think of Joseph Campbell’s quote as I breathe deeply. “The goal of life is to make your heartbeat match the beat of the universe, to match your nature with Nature.”
But your solitude will be a support and a home for you, even in the midst of very unfamiliar circumstances, and from it you will find all your paths.” Rainer Maria Rilke, Letters to a Young Poet
A message that greeted me at my local grocery store. One word says so much.
Happy New Year! “I come into the peace of wild things who do not tax their lives with forethought of grief...For a time I rest in the grace of the world, and am free.” Wendell Berry
Merry Christmas. Thank you, dear friends for making my day memorable. Looking forward to entering 2021 together. Until then, keep safe and be well.
“Passion is the bridge that takes you from pain to change.” Frida Kahlo